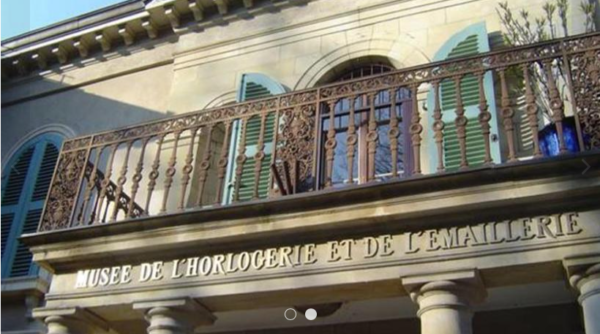 {Published on 20 December 2011} Genevanities. At a time when a remarkable watchmaking exhibition was transforming the Rath Museum into a showcase of “Gold and Enamel Treasures” until April 29, 2012 (acquire the catalog), just to finally realize the richness and quality of this exceptional heritage, it is good to reread page 23 of the Memorial of the Sessions of the City Council of the City of Geneva (168th year, 4501 – N°39).

In short, one can read how the Geneva authorities have erased one of the most precious cultural treasures of Geneva: CHF 423,032.07 were spent to conclude that securing the Villa Route de Malagnou housing the Geneva Museum of Watchmaking and Enamelware was apparently too costly. Public money thrown out the window since, in any case, the politicians having decided to invest everything in enlarging the Museum of Art and History (a project by the star architect Jean Nouvel), have since been doing everything possible to achieve their goals. As to demonstrate that other museums could benefit from this project, it must be said.

Thus, on January 18, 2011, according to the report of this afternoon session, “The Administrative Council decided to abandon the project to redevelop and expand the Museum of Watchmaking and Enamelware in favor of enhancing the collections within the framework of the renovation and expansion of the Museum of Art and History at 2, rue Charles-Galland. The study of the redevelopment, security and expansion of the Museum is abandoned.”

There are hundreds, if not thousands, of Art and History Museums in the world. But there was only one museum of watchmaking and enamelware (Musée d’Horlogerie et d’Emaillerie) in the world. It was located in Geneva, in one of the most prominent watchmaking cities of the world. Tell me what’s wrong!

Bloggy Tag
bloghorloger.ch, since 2003, was anonymous. Under this nickname came out the news, the scoops. This pseudo embodies a group of enthusiasts who met to chat about watchmaking...