She told me ‘Around Five’… The clock of coincidences 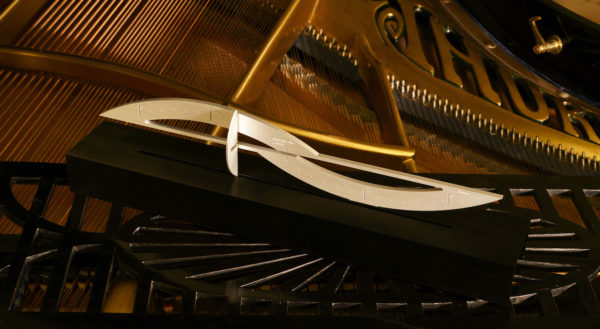 “Around Five” had whispered this attractive woman to me for our first date. In the lounge of this four-star Zurich hotel, by the piano, there is an incredible watch with a sleek and mysterious design.  Coincidence? 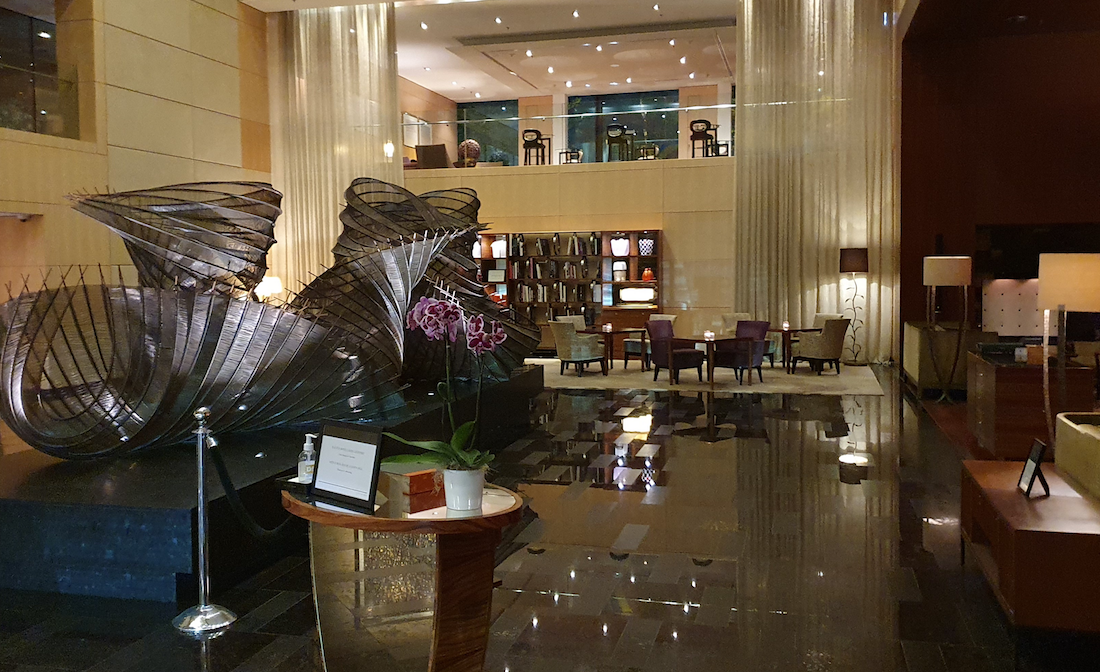 Oh how I had fought to obtain this first date! Marie de l’Isle had not made it easy for me because the email address she had handed me, as if to get rid of my sometimes rather annoying approaches, was under her maiden name. So after a good month of investigations, I had finally been admitted as her Facebook ‘friend’. At the risk of frightening her, I had imprudently ventured into liking an immoderate number of photos, including her oldest ones.

The time clock that soothes the unbearable wait
It is suddenly six o’clock, she has not yet arrived. In the meantime I have understood the logic of reading the time on this work of art clock. A masterpiece covered with gold leaf mounted on an aluminum base, apparently immobile but endowed with a soothing fluidity. The doorman, to whom I had to justify the reason for my feverish comings and goings between the elevator door of the parking lot, the reception gate and the reception hall, had taken the time to explain to me how it worked, while praising the virtues of its Swiss made extreme: ultra precision, finishings related with watchmaking’s excellency, absolute silence of a mini linear motor… 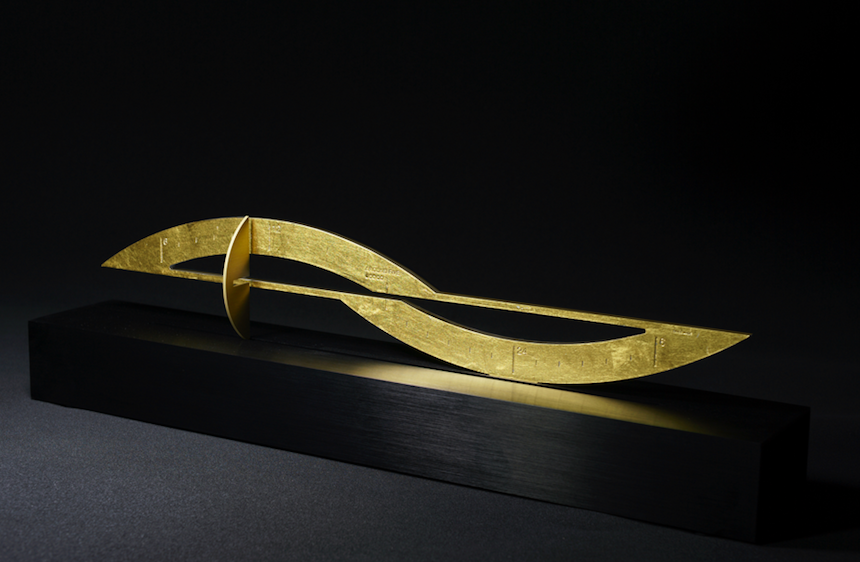 The first surprise was that the clock is called Around Five! I naturally saw a sign. As a result, Marie de l’Isle’s delay found in this coincidence an existential meaning. At 6 o’clock AM precisely, this sculpture of time immutably offers its most magical animation: on the far right, when the perpendicular ‘sail’ acting as a time indicator reaches the graduation of the last 6, it performs in 20 seconds a retrograde race that brings it back to its starting point, on the opposite side, stile the 6 of the morning. This 6 AM begins the accounting of the new day. With a rise in the shape of an arch of a circle which reaches its peak at Noon and then starts to fall again until 6 PM, that is to say to a junction point which coincides with the absolute middle of a sign of infinity lying horizontally. This symbol of perfection and eternal recommencement, in the form of a stylized 8, the designers have consciously aligned it with a horizon line. Moving.

Could time turn back the hands of time?
During a small interlude in my endless wait, I made a videocall with my friend in the United States, a recognized distributor of pure watches and accessories for collectors. I should have known better: Alexis Sarkissian, founder of Totally Worth It, from his New-York suburb and from this American market that he knows down to the smallest details, showed me the all-black matte version mounted on a wall bracket and hung on the wall of his luxurious office. He told me that he was already the official distributor for North America and Canada, including the Caribbean.

Finally, as if the Around Five clock embodied the day’s course, forever engraved in my memory, Marie de l’Isle arrived at 9pm. Quite a symbol on this clock since the 9 is the highest point. I knew right away that this woman was going to make me wait. But a wait that would become serene, appeased. I suddenly discovered her in the lounge looking for her cell phone to notify me of her arrival. She hadn’t seen me, she was furtively trying to close the penultimate button of her shirt… A little embarrassed and surprised at the same time, she was startled to see me so close to her… The smile she answered mine had something challenging.

Our own Around Five
At the end of our first dinner, in this hotel restaurant where I returned after having repeatedly postponed and cancelled reservations in the surrounding gastronomic hotspots, we enjoyed the moment, talked about ourselves, our pasts and… the future. 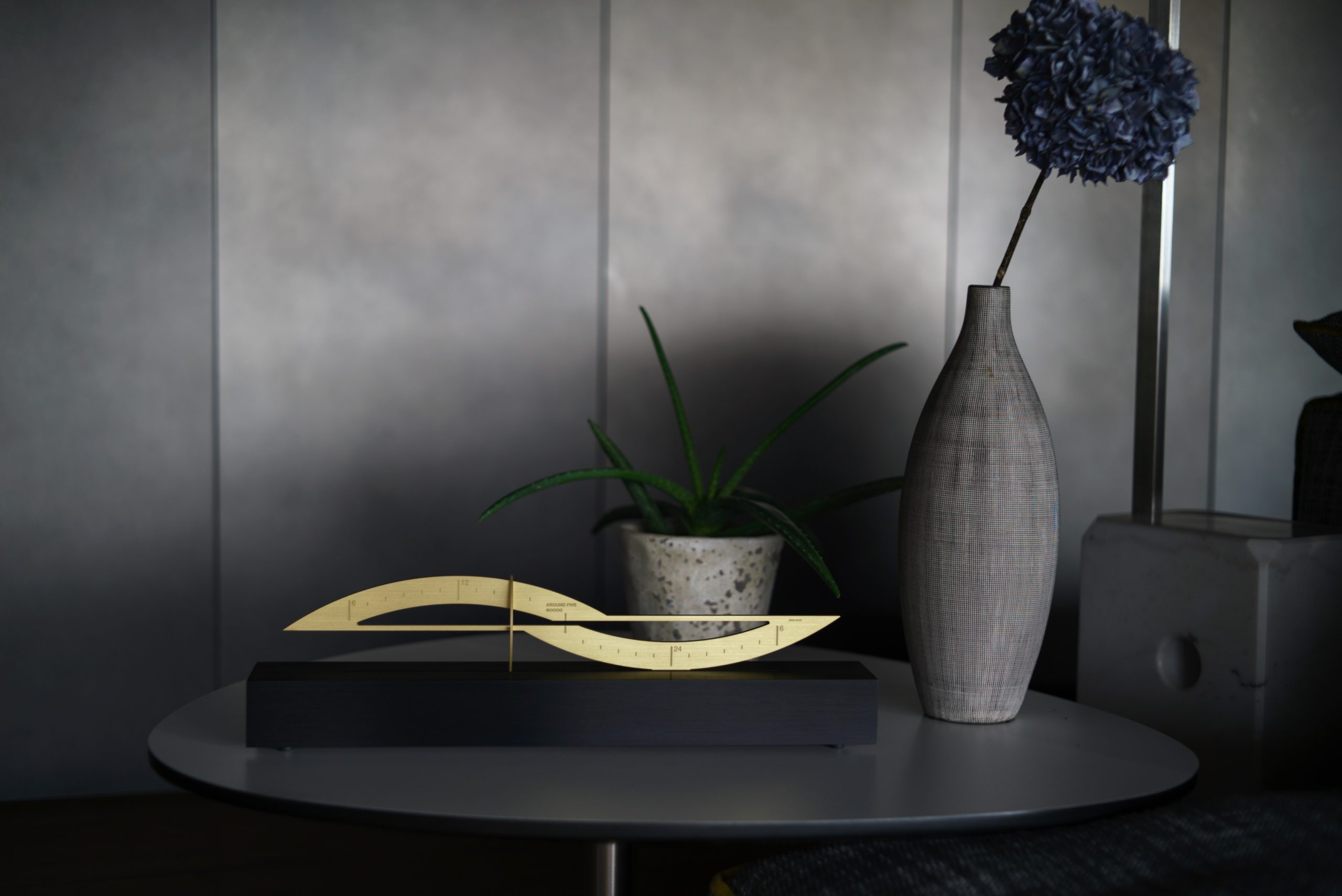 We talked, and laughed a lot. Over our white martinis, I explained to her what I had just learned about Around Five, about this artwork that witnessed our first real encounter. Born in Lausanne from the union of a crazy engineering firm, FiveCo (Antoine Lorotte) and a design studio (Philippe Vallat of Pilot Design), Around Five was already living in my most cherished dreams. I secretly imagined it in the heart of our new shared household, in a warm decor, as a decorative supplement to the numerous skills she possesses. Right there, on my piano, why not? Around Five, this silent and discreet clock, mounted in my decor, like an immortal and living reminder of a first date that changed my life… 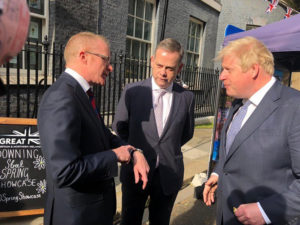 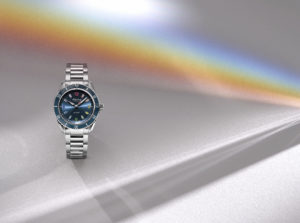 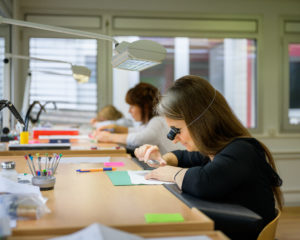 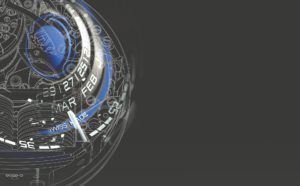