The iconic Bichrono from LaCour has joined Geneva’s watchmaking heritage 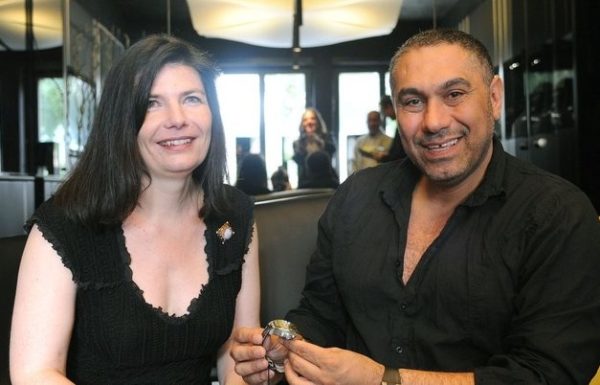 {July 2013} The urban designer Pierre Koukjian, also known as an artist and sculptor, sees everything in double. Because none of his clients would purchase his Bichrono model, he created it on his own. The deLaCour brand, champion of the ‘Since Tomorrow’ is born, and its icon has entered the Museum 10 years later.

A public museum must have a foot in the present, a strong link with contemporary creators and the actors of the surrounding industrial tissue. Indeed, these contribute to give relief to the treasures of the past and, because History is continuously in motion, deserve to be an essential part of the patrimony.

On June 24, 2013, at a party held in the brand’s showroom opened in 2005, somewhere between the Geneva hotels Beau-Rivage and Richemond, Pierre Koukjian, co-founder of the deLaCour brand, and its Office Manager, Esteban Salmon, welcomed Estelle Fallet, head curator of the watch, enamelware, jewelry and miniature collections and head of the Geneva’s History Department. This convivial ceremony included the donation of a Bichrono model from the very first series produced by deLaCour. Launched in 2003 at BaselWorld and awarded the Geneva Watchmaking Grand Prix six months later, this wristwatch, the first to feature a double automatic chronograph movement, has become the brand’s emblematic symbol and its favorite field of conjugation.